Between the end of June and the end of July, five different cities across the world held their Big Volunteer Week. While upholding the spirit of this Serve the City flagship event, each city injected their own personality, culture and style into their weeks.

We’ve gathered stories from a few of these cities below –

For over 11 years we have been serving our adopted neighborhoods here in Chesapeake.  We have developed long term relationships with families and community leaders.  The police department has been one of our greatest partners as we have seen crime reduced and quality of life improve in many of these areas as we have focused on serving those in need including single mothers and their children as well as the elderly.  The public schools have also benefitted from the thousands of hours of labor from hundreds of volunteers.  This year some of our projects included giving an elderly woman a home make-over.  She had no heat or AC and her hot water heater had flooded her living area and destroyed the walls.  We were able to give her not only the physical things she needed but also the hope that someone cares.  By the end of the week, the curtains were hung and the walls were painted!  We also partnered with the city to feed the children every day for the summer and provide an afternoon day camp for them.  Our church partnerships included a week long sports camp and Bible teaching.  We were able to send out some teams to other parts of the city as well to bless people who had needs beyond their abilities.  These included building code violations due to deteriorating exteriors on a widows house as well as an access ramp for a woman in a wheelchair.  Overall it was an incredible week of being the hands and feet of Jesus in our neighborhoods.

Serve the City Paris held its 1st Big Volunteer Week from June 24th to 29th. This week included many exciting events such as an Integration Workshop and a panel on Technology and Social Action as well as service opportunities such as participating in a book drive and volunteering at soup kitchens. There was also a screening of the film L’Epoque in collaboration with Lost in Frenchlation. Throughout this week, Serve the City Paris built a stronger volunteer base with new volunteers of all ages and origins. Donations collected during the week went towards purchasing food for the homeless and refugees in Paris as well as the T.I.E.O program which helps refugee integration.

Serve the City Brussels held its 15th Big Volunteer Week from June 28th to July 5th. Throughout the week, we conducted sixteen different projects – which was only possible with the help of our amazing team. From sports to cooking, interacting with the elderly to serving food to refugees, this week had a variety of opportunities. We had around 130 volunteers per day who selflessly participated and tirelessly contributed to make these projects a reality and cross lines across Brussels.

Serve the City Newport News held its 3rd Big Volunteer Week 9-13 July.  135 individuals combined to volunteer over 1000 hours to paint and do yard work for those unable to care for their homes, to watch the children of refugees while their moms learned English, and to love on the elderly at several assisted living facilities by painting nails, playing bingo, and even line dancing.  We even had a team of volunteers loving on our volunteers by providing lunch each day!  The week concluded with a celebration cookout for our volunteers, those we served, and the surrounding community.

Serve the City Prishtina held its 2nd Big Volunteer Week 15-19 July.  28 individuals combined to volunteer over long hours to conduct a three day summer camp for single-parent children who live in extreme poor conditions in rural areas of Prishtina, also to construct the main Pensioner Center in Prishtina by painting the main areas and changing the carpets for the same ones and also to have a long afternoon of barbecue with 75 seniors who are residents of the main Nursery Home in our country while talking to them serving to them and dancing with them. The virtual community of a Facebook group consisted of 200.000 members and known as ‘Kitchen Maniacs’ provided lunch each day for the single parents children and also snacks for the pensioners. The week concluded with a final meeting of our volunteers to discuss potential plans for the future and brainstorm more on how to expand our network in others city of Kosovo and involve the community 🙂 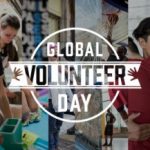 Global Volunteer Day Across the WorldNews 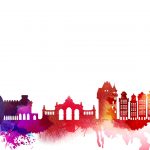