We were walking familiar paths. It was a Saturday distribution walk like so many before, and my group was headed towards the gare de Lyon, the high clock tower and—more importantly—the people, huddled against buildings, in doorways and tents, on the surrounding streets. The volunteers’ voices were raised in a tangle of accents: French, American, Indian, and Irish voices that made music of each syllable. Our bags were weighted with oranges, clementines, sandwiches, lump cubes of sugar and black carafes of tea.

Outside of a boulangerie, we espied a familiar form. We crossed the street, lifting hands in greeting. The day was about 15* Celsius and warming, but the man who sat in the shadow of the boulangerie on its steps was dressed in layer upon layer, thick coat and sagging green sweatshirt, another blue sweatshirt and wool from some sweater visible through the neck of his hoodie. He took a sandwich and some fruit, but set them aside. We saw this man each week, and he was far more interested in the opportunity for a listening ear, a shared conversation, than in the sandwiches. I noticed the mat of dark hair against his forehead, his bulbous nose, the fine lines of blood vessels just below the skin of his eyes. His body was usé, worn.

We offered him a pair of shoes which someone had donated. Carefully, he tried them on, his large, reddened hands unknotting the laces. « Ca vous va, » I told him, and he smiled. His thick layers of socks strained the white shoes, and as he carefully took off his old pair and began to tie up the new laces, I saw the split innards and broken soles of his old sneakers.

He wriggled his feet experimentally and pressed at the tips of his toes to check the size, then thanked us. In his new shoes, his feet turned out gracefully in ballet’s first position. And he continued to talk. Years ago, before falling into homelessness, this man was a choreographer. Perhaps it was the new shoes — or maybe just the chance to talk to someone — but that Saturday, something of that old passion seemed to revive.

« Un, deux, trois, » he counted out, a dancer’s rhythm. His fingers moved with the beat. « Un, deux, trois. » In the red, white, and blue shoes, his feet moved with a sudden quickness, a grace; his arms extended in hip hop and breakdance moves.

He told us that in the eighties, he was part of a dance group that took lessons in the 8th arrondissement, supported by a government stipend. « Il fallait qu’on ait de la passion, » he said. « Nous, nous en avons eue. » He explained the revolution of American hip hop and breakdancing, how they used to watch dancers on television to learn from them. « On a fait beaucoup de démonstrations dans les discothèques, » he remembered. It was a culture of international flux of dance styles and innovations, and a culture of shared excitement and techniques in the city of Paris. « On partageait. »

« It’s important to share, » he said. Partager. In French, the word means as much to share of life, of one’s thoughts and hearts, as it does any physical redistribution of goods. The man shared with us the little details of his life, recounting with a measure of pride that he went each morning to the municipal baths to shower. It’s something that can be rare amongst the depressed and burdened population on the streets. He spoke articulately on the social welfare systems of different countries, but also expressed his gratitude for more simple things — « for people like you, who come and ask me what I dreamed of doing when I was young. » He looked down at his feet, at his huge black sack, that backbreaking weight which stooped his shoulders just as the weight of eighteen years on the streets did. « What I still want to do, even though it’s hard. »

I watched him as he spoke, this choreographer, taking tiny sips from a minuscule tasse de café. He sat outside the boulangerie day after day, wearing layer after layer, always on his same seat—an enormous black bag, the contents of a life, which I realized he must carry wherever he goes. He certainly could not dance hauling it.

And what a heavy weight that must be, to bear alone, if there is no one willing to stop—to listen—to care — enfin, partager. 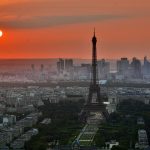 To Serve A CityNews 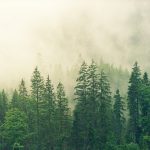 The Habit of Small KindnessNews