Join us for our 3rd Monday All City Call, this month’s topic will be a discussion about impact of mass movement of people into cities around the world. It’s estimated that by 2030, the number of cities with 1 to 5 million inhabitants is projected to grow to 597. A further 710 cities are expected to have between 500,000 and 1 million inhabitants in 2030. In 2018, an estimated 55.3 percent of the world’s population lived in urban settlements. By 2030, urban areas are projected to house 60 percent of people globally and one in every three people will live in cities with at least half a million inhabitants. Understanding the key trends in urbanization likely to unfold over the coming years is crucial to understand how to best serve our cities.

At the time of the call, fill out the form below and then you can join the call!

What are All City Calls? They are casual video conference calls where everyone and anyone connected to the Serve the City network is welcome to drop in, share a little about what is going on their city, and learn from a subject matter expert on various topics. We use the Zoom video call platform, which is an easy web-based platform available on all devices. We hope to see you regularly! 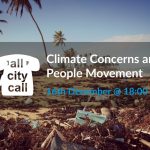 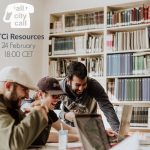