Crossing the Line in Haiti

Following recent instances of violent political unrest in Haiti, we wanted to update the Serve the City community on the work of the STC team in Port au Prince.

Here’s a conversation with the Founder and Director of Serve the City Haiti, Marc Koquillon, about his journey and vision of serving in his country:

What made you decide to start a Serve the City in Haiti?

“When I visited STC Brussels in March 2014, I was really touched and amazed by the passion, determination and commitment that drove the entire team. I was attracted by how teams of volunteers mobilised both in the office and in the streets just to serve – to help people in need.

At the places of service – the North Station, the South Railway Station, the Hospital, the Refugee Shelters, the Refugee Children’s Homes or wherever we go to serve people – their joy, their will and their courage was something that could not be ignored. It was the best team of volunteers I had met so far.

All this was contagious. It had a positive effect on me and my way of seeing people in need. I thought: Serve the City is a necessity for my country, for my community and for every city. I realised that: serving is the best way to show people who are considered marginal and rejected by society that they are valuable.”

What is the significance of having an organisation like Serve the City in the Haitian community? What does ‘crossing the line’ look like in this context?

“Having an organisation like STC in Haiti is like having a company recycling and valuing human beings. It’s also like finding an oasis in the desert.

Haiti is one of the poorest countries in the Americas. Nearly 75% of the inhabitants live in poverty. According to the latest household survey (2012), more than 6 million Haitians, out of a total population of 10.4 million (or 59%), live below the poverty line of $ 2.41 per more than 2.5 million (24%) below the extreme poverty line ($ 1.23 per day). Haiti is also one of the most unequal countries on the planet.

So, having an organisation like STC that mobilises volunteers and resources to help the poorest people – those without jobs and without access to the most basic and essential services – is more than just a need.

To cross the line in Haiti is to serve millions of people who have no access to health care, clean water, housing, education or employment. Crossing the line in Haiti is supporting and mentoring thousands of single mothers who have no job or social assistance to feed and care for their children. To cross the line in Haiti is to supervise all young children who will become “restavek” (children in a state of domesticity, modern slaves serving families without any form of remuneration and undergoing treatment infra-humans) if they do not have the chance to go to school and learn a profession that will help them prepare for their future.

Crossing is serving and mentoring millions of young people who want to be educated, but who can not afford it. It is creating moments, leisure activities for millions of children and young people in a country where there is no framework, no structure that can allow young and old to recreate healthily. Crossing the line in Haiti is serving the elderly, people with disabilities who are often considered as cumbersome packages for society where people do not have enough to survive.”

What is your long-term vision for Serve the City Haiti? Where do you see this organisation going?

“The long-term vision is for STC Haiti to become the interface – a key partner in the field of assistance to people and communities in need. STC Haiti must promote and become a community development body through well-structured departments and services with the capacity and means to reach and effectively serve communities and people in need.

STC Haiti must become the engine for the development of communities of human beings in Haiti.”

We have heard of the recent turmoil in Haiti. How is the situation now? How do such situation impact Serve the City’s work in the area?

“Events like this greatly affect the work of Serve the City. In such circumstances, not only are our access and movements really limited but it also greatly increases the number of people who are in need of our assistance on all fronts.

Currently, many families are experiencing extremely precarious situations where they need assistance to survive. We can even speak of a humanitarian crisis for many families and communities.”

Lastly, what are some concrete things that we can do to help Serve the City Haiti achieve its full potential?

The needs are real; big and real. The will is there. Now, we need several forms of assistance that will serve as leverage to propel this noble vison that we have to serve the city: serve the people who are in need in a practical way and show them that they have value with: love, courage, respect, honesty and humility.” 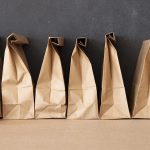