Excerpt from Wanderlust and Misadventures

by Janine L. Phillips, a volunteer at Serve the City Paris

My source of news was through social media and Australian news sites. Reports of COVID-19 began to dominate the feed. However, it still felt like it was ‘out there’, not an issue that affected me. I read that human-to-human transmission spread quickly and the virus was now in the United States, Japan, Vietnam, Taiwan, Italy and Germany. It seemed to be mostly older generations that were suffering, but news was murky and there was no reason to be concerned.

Some days, dark, ominous clouds rolled above me, threatening to rain as I found myself lost, courtesy of the malfunctioning GPS on my phone. I’d be in so much pain from le pied de merde, silent tears would cascade down my face, but I was too tired to wipe them away. It became clear that I was in a Parisian funk. It was rare, and not many people got it, but I did. Something was wrong with me—how could I feel so down in spectacular Paris? I was sick of myself and over my desolation. I needed to shake this funk and get over myself!

Was I the only person in the world who went to Paris and felt lonely? Time to do something about it! I searched Meetup online, as from past experience it was a great way to meet like-minded people, many of whom were locals. A long list of diverse social options popped up on my screen. From bar-hopping to art endeavours and cooking classes to dancing, so many wonderful choices. All seemed interesting, until I found the perfect remedy for my Parisian funk: food distribution to homeless people and refugees with Serve the City Paris.

One of my all-time favourite things to do when travelling was to volunteer. To serve those in need was a highlight for me. I hadn’t even considered this was a possibility in the City of Lights. Random Acts of Kindness Foundation states on their website that according to research from Emory University, when you are kind to another person, your brain’s pleasure and reward centres light up as if you were the recipient of the good deed—not the giver. This phenomenon is called the ‘helper’s high’.

I know this feeling well. It’s one of my favourite things to do–help others. On my travels over the last twenty-five years, I have always found a way to either volunteer, support local social enterprises (and blog about them) or visit orphanages with a suitcase filled with books and pencils. No culture or language barriers get in the way when you give of yourself. More than a decade ago, I was the general manager of a volunteer travel company. I was very much aware of both the negatives and the positives of this kind of tourism, and yes, it has its flaws. For me, seeing the difference people can make on a human level is what I love about volunteering and contributing on a global level.

Serve the City Paris supports the homeless in a variety of ways. They have hundreds of volunteers from all walks of life—English-speaking expatriates, immigrants, French citizens, as well as visitors like me. They teach English and French, provide support to those in need, and distribute food to people living rough using their partner, Prêt a Manger, a cafe chain which donates their day-old sandwiches, salads, yoghurts, croissants and muffins.

I was too excited to sleep in on my first day. I felt a new sense of purpose. I was ready to shake off my funk and do something for someone else. Arriving early at our meeting place, La Caféothèque on the Rue de l’Hôtel de ville, across from the Seine, I met a few people while ordering a hot drink. It was cold and cloudy, but the thirty-plus volunteers were full of energy and gathered close together to stay warm. One of the leaders explained the plan for the morning. Food was shared among the volunteers as we created smaller groups of four to six people. I asked to be placed with people who spoke English and French so I had someone to help with translation.

The group I joined consisted of a warm and friendly guy named Elias, a French computer scientist working at IBM who loved photography, taking stunning photographs of his travels; Arianna, a quiet, reserved young woman who spoke little but was very smart, completing a PhD in physics; and Gracie, a vivacious English woman, formerly a nurse, living in Paris with her boyfriend and nannying for a Parisian family. We gathered our food, farewelled the larger group and headed south. Chatting as we walked, I discovered that everyone was there for the same reason—to make a difference. They were surprised that I chose to volunteer on my holiday, but when I explained how I was feeling, I felt a sense of connection as everyone could relate to my loneliness.

We walked along streets and visited an area that had become a tent city near Gare d’Austerlitz. I witnessed what could possibly be the saddest side of Paris: people living in tents on the street, under bridges or by vacant buildings. Everyone we met had a story to tell. Most didn’t want to share. As we stopped outside each tent, you could see they had only the bare essentials. Rows and rows of tents filled with haphazard items lined the street. Because I didn’t speak French well enough, I relied on the universal body language. Handing a sandwich with a smile seemed mediocre but it was embraced and returned with grace. We ran out of food and hot coffee quickly.

I discovered that at that time there were 3,600 homeless that they knew about. A staggering number of people living rough in the wintertime. The sadness of homelessness continued to divide residents and governments, as it did in all cities around the world. When will it end? I found out that a few weeks later, the police came in and tore down all the tents in that area. A reminder of the fragility of homelessness.

The following week, we met at the same cafe and sat in the back, sipping our hot drinks as the room filled with volunteers from all over the world. This time our smaller group was led by STCP director Peter DeWit, a Canadian living in Paris with his family. As we handed out food on our walk through the city, we met so many different people living rough. One lady pushed the hot cup of coffee we gave her away. Translated for my benefit, she was angry we woke her.

“She said she sleeps during the day as she doesn’t feel safe sleeping at night,” Peter told me.

Turning a corner, we faced a small church sitting quietly on its own surrounded by concrete. Sleeping in the doorway was a young man who looked like a gypsy from another time. I discovered he had arrived in Paris from Eastern Europe but his guitar was stolen while traveling, and without busking he couldn’t make any money. He needed to make his way to Spain where he had friends. I wished I could speak the language better so I could have asked him more questions. We gave him some food and he shared a grateful smile in return.

In front of the Centre Pompidou, in the Place Beaubourg, we met Giuseppe, also called the Pigeon Man. Originally from Italy, Giuseppe was in his late fifties and lived in his car. Every day he fed thousands of pigeons in the area, and had become renowned for it. He loved the birds and saw them as his family. This volunteering experience filled my heart cup. When feeling shit about your own situation and falling prey to the pity party building in your head, helping someone else really does bring a new perspective. The ‘helper’s high’ is incredible. Hearing the stories of so many whose lives had led them down the path to homelessness in one of the most famous cities in the world was a rude awakening. I was so fortunate that I had options, unlike so many others. It was humbling. A reminder that when you gave, you really did receive so much more.

Later that night, writing in my diary, I thought of all the spiritual and self-help authors who suggested we live in the now, be in the moment. Volunteering was one of the most mindful things we can do. Giving of yourself can only be done authentically if you are one hundred percent in the moment. I felt a shift from this experience, and only hoped I’d stick to it in the future. Giving myself a virtual kick in the bottom, I declared to myself, That’s enough, Janine! No more Parisian funk for you. Get over yourself. 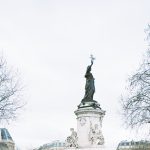 ‘Hello From The Other Side…’News 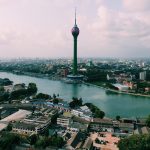 Hope in Crisis: The Beginnings of STC ColomboNews