On the 29th of October, Kim and Andy Baligian of Serve the City Detroit were in for a big surprise!

During what they thought was an introductory call with representatives from the National Football League (NFL) to talk about Serve the City Detroit, they were shocked to find that they had been selected by the NFL to be recognized for the amazing work that they do in their community.

In the call, they were joined by Nathaniel Burleson, a famous football player, television host, and commentator, who thanked them with two tickets to the Super Bowl on behalf of the NFL.

Partnering with New City Kids in Detroit, this first serve included painting and working on the renovations of a building in the city used for tutoring children. Since then, with the innovative framework that COVID necessitates, Serve the City Detroit has gone on to conduct monthly serves for a variety of projects – including easter baskets, thanksgiving boxes, Christmas dinner groceries, Valentine’s cards, urban gardening, and much more! For many of these projects, Serve the City Detroit came alongside great non-profits and organizations, including JJ’s house, Central Detroit Christian, and even the Detroit Public School.

These collective projects showcase the emphasis that Serve the City Detroit places on building long-term partnerships. Kim stresses the importance of partnerships in making sure that projects have a diverse and inclusive volunteer base, where existing initiatives are being enhanced and supported.

Another priority of Serve the City Detroit is to create opportunities for people to have meaningful serving connections in their community – especially with the marginalized within their community – and to connect individuals with serving opportunities that align with their passions. In aligning her own passion of working with children with Serve the City Detroit, Kim also strives to make sure that children, including her own six children, have an opportunity to serve. Outside her work with Serve the City Detroit, Kim is pursuing this passion through further studies on Elementary Education, with a particular interest in Urban Education.

When it comes to Serve the City Detroit, it is true that, as Kim shares, ‘sometimes small things can do really powerful things.’ Almost exactly a year after their first serve, they were surprised by the NFL with recognition for their work in the community. Speaking of this incident, Kim emphasizes how this incident serves to showcase the recognition and the importance of personal relationships, as the individual who had initially nominated STC Detroit to the NFL was a past student of Andy’s. Throughout the years that Serve the City has had the pleasure of knowing Kim and Andy Baligian, and for the years yet to come, we also treasure, and will continue to treasure, our relationship with them.

Congratulations Kim, Andy and Serve the City Detroit! We’re all rooting for the Detroit Lions this season! 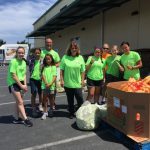 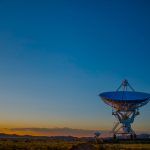